The heaviest snake alive is Eunectes murinus, popularly called the anaconda which normally grows to a maximum of about 20 feet (6 meters) in length, but occasionally develops as long as 25 feet (7.6 meters), and weighs approximately 100 pounds (45 kilograms). And, despite extensive searching, and even cash rewards of $50,000 offered by the Wildlife Conservation Society, no live snake longer than 30 feet (9.1 meters) has yet been found. 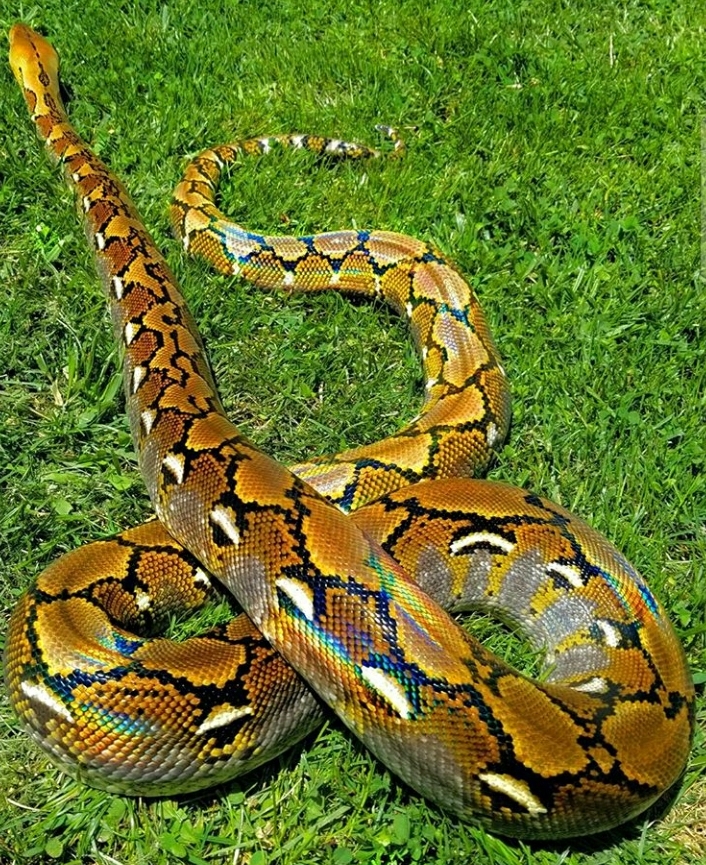 But, neither the reticulated python nor the anaconda can hold a candle in comparison to an ancient snake known as Titanoboa cerrejonensis. This giant snake lived in tropical rainforests that covered the area that is now the country of Columbia. It inhabited this region during the Paleocene epoch, between about 60 million years back and 58 million years ago. Concerning size, Titanoboa is thought to have grown to approximately 43 feet (15 meters) in length, would have had a diameter of over 1 meter (3 feet), and almost certainly weighed more than 1 ton.

Titanoboa, like most other large snakes, has been non-venomous. Titanoboa would lay motionless in wait until prey approached, and then suddenly and without warning, when the sufferer came within reach it would pounce, wrapping itself around its prey. Slowly and slowly, it would tighten its body around that of the victim, until the victim eventually suffocated to death.